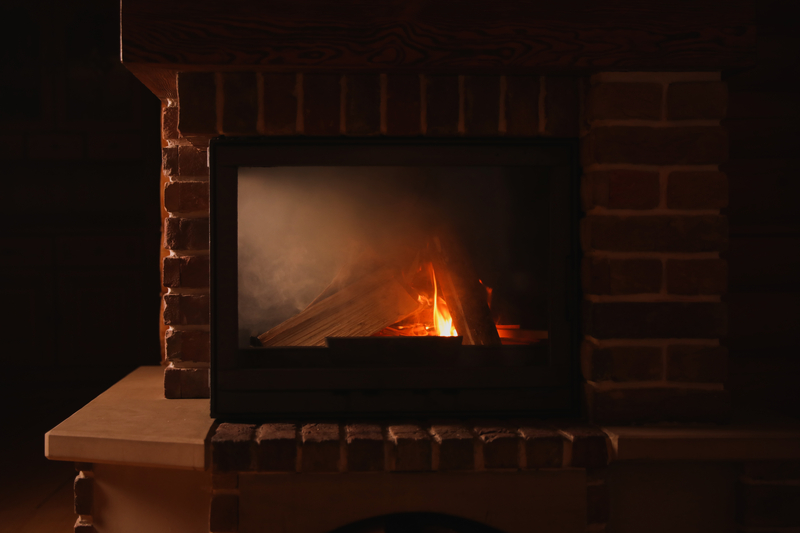 Fireplace design has evolved alongside architectural genres – from the simple designs during the colonial period to the lavishness of the Victorian era. In this blog, we are going to run through a brief history into the evolution of fireplace design from the 18th Century to the present day.

What is the evolution of fireplace design?

This fireplace was an invention in the 18th Century with a well-known connection to Benjamin Franklin. The cast-iron heating stove was both a functional and decorative fixture in people’s homes right up until the mid-20th Century. It was often referred to as the ‘parlour stove’ or colloquially as ‘potbelly stoves’.

The design of cast-iron stoves was cast-iron and nickel-plated features that incorporated embellishments popular in the Victorian era. These fireplaces were a prominent feature of homes during this period, mainly because they were before the advent of central heating so often used for seasonal use.

The idea of a fireplace as a centrepiece in a family or living room led to the creation of a new building product category. During this transition, the use of masonry firebox and flue, wooden millwork of the mantelpiece and fireplace accessories became part of the complete package in order to improve the architectural aesthetics.

This type of fireplace comprised of a metal insert and flue that could be adapted to a range of spaces. The masonry was a distinctive feature of modernist interiors of the mid-20th Century.

Similar to masonry, these were popular during the mid-1950s as they could be adapted to the needs of different designs and spaces.

The evolution of fireplace design next took on the shape of electric fires. The metal inserts were designed to replicate wooden and coal hearths.

Decorative fireplaces with no ability to provide heat were the final evolution of the 20th century – form triumphed function. If you’re interested in installing a traditional or contemporary fireplace in your home, don’t hesitate to give our team today on 01908 507 027 or through filling out our online contact form, and we’ll be in touch.