The History of the Fireplace 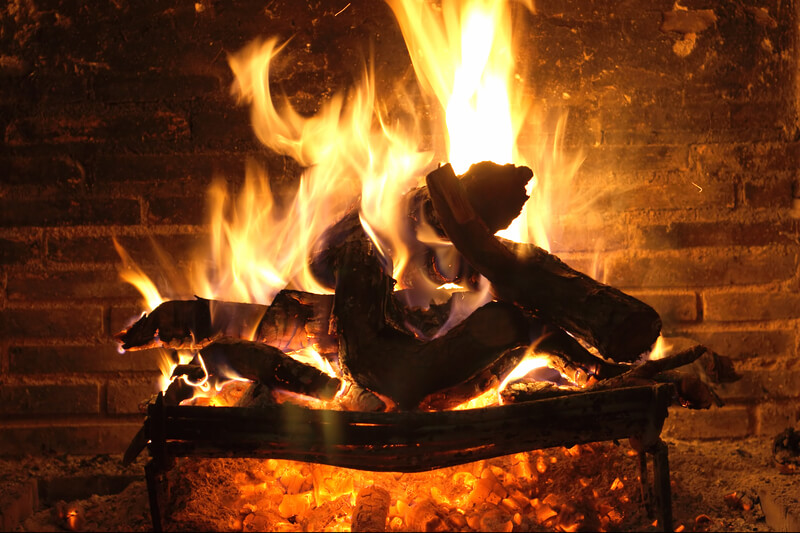 Fireplaces date back centuries and have largely evolved over the years. There is a rich history behind fireplaces and their evolution in terms of size, shape, style, and use. The fireplace as we know it today is much more of a statement feature, rather than a practical one. However, if we look back in time, they used to be essential to daily life and even survival. We look back through the years to understand the evolution of this house feature.

In prehistoric times, humans made fires in holes in the ground in sheltered areas, huts and caves. This allowed them to enjoy the light and warmth, which was particularly needed in the colder months in order to maintain body heat and survive through the cold weather. They also allowed early humans to cook meat in order to feed themselves and avoid food poisoning. Although these weren’t ‘fireplaces’ per se, they started a long evolving road towards the modern fireplace. As much as these fire pits helped survive the cold weather, they were also dangerous as there was a risk of carbon monoxide poisoning due to insufficient ventilation.

From prehistoric times to the Middle Ages

In the Middle Ages, humans continued to use fireplaces for warmth and to cook food. These fireplaces (called hearths) were very deep and wide to allow for multiple large pots to cook at the same time. Hearths were a central point for medieval halls and were extremely useful to feed large crowds. Although the rooms were larger and fire holes allowed the smoke to escape through the ceiling, the risk of carbon monoxide poisoning was still high.

The introduction of the chimney

The first chimneys were introduced around the 11th century to resolve the problem of carbon monoxide poisoning. However, they were initially very expensive to build and maintain. It took years of innovation to improve the effectiveness and cost-efficiency of chimneys. It wasn’t until the 17th century that chimneys became widely available and standardised in a form that we know today as the modern fireplace. The evolution of its design included reducing the size of fireplaces to fit in smaller rooms and also allowed for better ventilation to prevent carbon monoxide poisoning.

Why do we still use fireplaces today?

The provision of heat, light, and cooking fire were the main reasons for the development of fireplaces. However, it is rarer for fireplaces to be used for such reasons. While some households still use them for extra warmth in the winter in conjunction with central heating, fireplaces have very much become statement features that provide a focal point to a room that can add a stylish touch to any room. As there are now a lot of different styles of fireplaces available, they can be used to match the style of any house – whether it’s a modern glass fireplace or a rustic brick one. Either way, they are great features to make a home feel warmer and cosier.